Hollywood Dirt by Alessandra Torre
My rating: 5 of 5 stars

Brilliant Miss Torre absolutely Brilliant!!! I will admit the first 25% was a little slow, I understand the importance of character development, really I do. However once it really kicked off and Cole and Summer made their debut I was addicted. Addicted like a fat-person-loves-cake addiction. Intense. Overwhelming addiction!

There are a few items that must be addressed. Some of my favorite parts, that are so unbelievably noteworthy I need to take my time to make sure I don’t botch them.

1.) Bennington Payne. At first I didn’t really understand his and Summers relationship. Was it strictly business or were they besties? It wasn’t until roughly 22% of the book when the comment “the remnants of Ben’s and my mani-pedi party still on the coffee table, that I realized they were closer then the book led us to believe. I love Ben, seriously LOVE HIM. The scene just before Cole is about to arrive with his HAWT attorney made me giggle uncontrollably. “Why would they come in? They probably wont come to a complete stop – will just roll by and pop open the door, yelling and waving for Ben like he was chasing a train”

2.) Summer was kick ass. “You are not a man. I thought. A man doesn’t drink sparkling water; he chugs tap water from the hose after changing his oil.” Yes she had her insecurities, lets face it we as human beings all do, but she stuck to her guns. Whether it was kneeing men in the balls, threatening to shoot them (at which point Ben states: “She means it. She has guns in her closet” or reminding us women, that to be humble is to be genuine and is to be cherished and respected. After Cole (view spoiler)[offered her the role as Ida, and she kindly declined because she believed she was worth more (hide spoiler)]“what is it called when one person makes a huge mistake?…….. “Easy. That’s called life”.

3.) Cocky. I don’t understand why this stupid rooster played such an important role in this story. Or why it had such a huge influence on Cole’s character, but it did. Taking it to the feed store to get “checked” or trying to buy him treats. On point he mentioned buckling him into his truck. It contradicted all mean actions Cole did. Null. Void. Non-existent. And allowed us into the real Cole. The Cole that had his childhood taken, his innocence, and reminded us that even if you have the world at your fingertips you can still miss out on living. 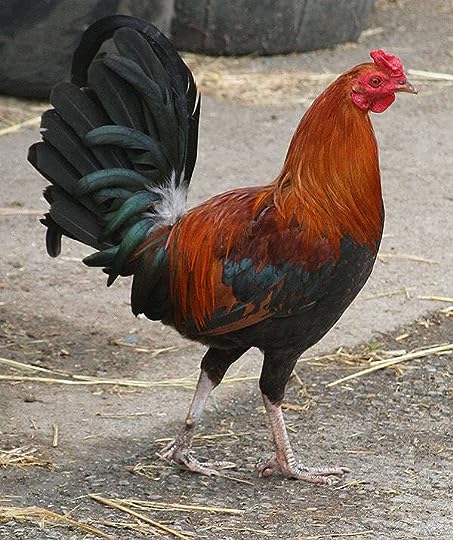 4.) The catty gossip columns. Miss Torre did these beautifully. We were allowed a peek at the nasty town without taking valuable time away from Summer and Cole – Well played Alessandra.

5.) The constant comparing of Summer to Nadia. I hate Nadia. I hate her because she is a fake ass, money hungry bitch. At first I was annoyed with Cole’s constant comparing of the aforementioned females in this book. Then I dissected and dug a little deeper. Cole finally realized he was with Nadia for all the wrong reasons. Fake appearances, good sex, no fights, appearances, sex and more sex. Their relationship was purely physical, whereas Summer challenged him and made him see MORE. However, when he decided this Summer-addiction would fade “She’d lose her mystery, would lose her charm. Then, with just one month left of filming he’d have her out of his system and be ready to return to LA.” – Prick.

“They say that love is finding your soul’s match in another.” Whether it was Cole trying to find a collar for his chicken, Summer demanding they put on paper-bags and run a muck. The story was perfect. The way she forced the characters on to one another deleted the insta-love feel, and made it all fit perfectly together. LOVED IT
View all my reviews